Adventures of Sonic the Hedgehog: The Complete Series DVD Review

Posted in Blu-ray/DVD, Sonic the Hedgehog | Leave a comment

Posted in Pan and Scan, Podcast | Leave a comment

Saved by the Bell: The Complete Collection DVD Review

The nostalgia juggernauts over at Shout! Factory have re-issued the landmark sitcom Saved by the Bell in a brand new DVD box set. At first glance, you might assume this is a repackage of the previous Lionsgate release (since they’re both called ‘The Complete Collection’). However, unlike their release, this set includes the precursor series Good Morning, Miss Bliss, as well as The College Years, and the TV movies Hawaiian Style and Wedding in Las Vegas. Making this re-issue worthy of the claim: “The Complete Collection”.

A major issue many fans had with previous DVD releases was with episode order. Shout has made a note of this problem in the 16-page booklet included with the set:

“We have attempted to present the episodes in airing order with the notable exception of the ‘Malibu Sands’ story arc, which is presented in sequence here at the end of Season Three in order to best serve the viewing experience for fans. Executive Producer Peter Engel was consulted on this matter, and he approved our decision to the present the episodes in this manner.” 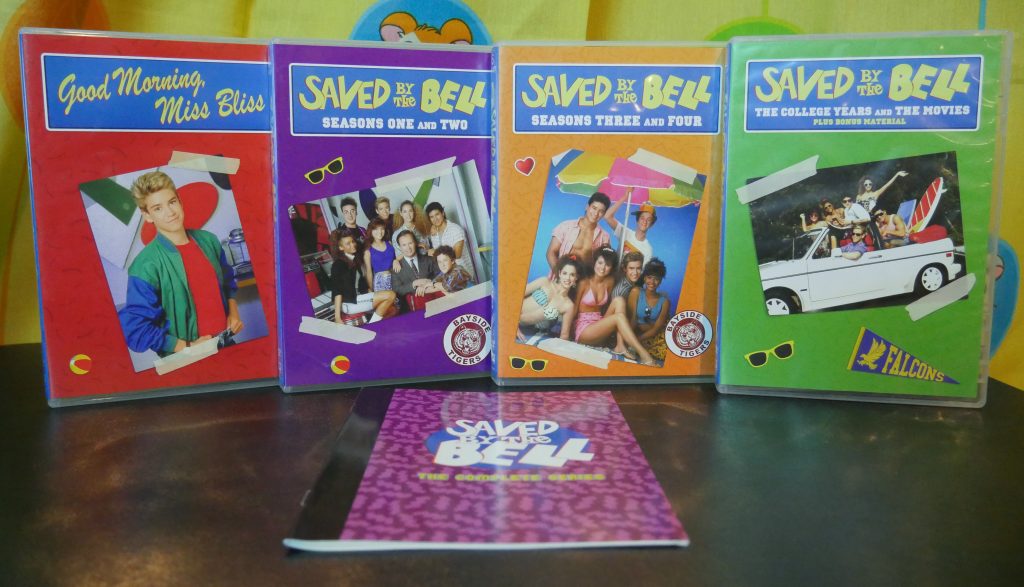 Saved by the Bell: The Complete Collection is the definitive release for the series. Shout! Factory has gone above and beyond for this set, which should delight any 90s kid. Can’t recommend enough!

Pick up a copy on Amazon!

The SpongeBob Movie: Sponge Out Of Water MOVIE REVIEW